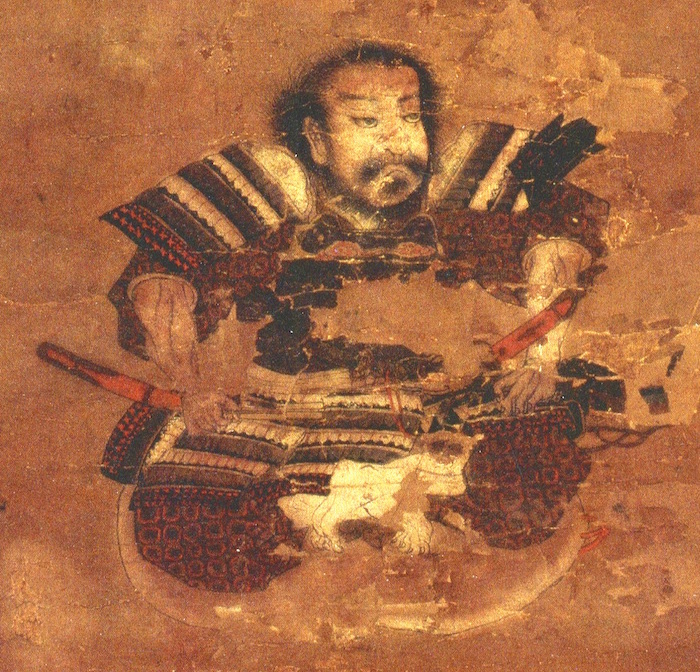 Shibata Katsuie 柴田 勝家 was one of the famous samurai in the Sengoku period, a main general in Oda Nobunaga’s retainer. He fought with Uesugi Kenshin 上杉 謙信 as commander in chief of the Hokuriku region. His brave deed was well-known and sometimes called Oni-Shibata 鬼柴田, meaning “Devil Shibata”. Another samurai like Toyotomi Hideyoshi added one of the name character to his family name in order to share the good luck of Katsuie.

History tells almost nothing about his childhood. He appeared as a distinguished senior vassal of Oda family from the time of Oda Nobuhide 織田 信秀, the father of Oda Nobunaga 織田 信長.

Katsuie had served Oda Nobunaga as the head of chief retainers of Oda family for about 30 years. His famous name among Oda family is Gonroku 権六 short for Gonrokurō 権六郎.
権 means “vice” in Japan, so the name implies that he was a boy of a concubine. 権 originally means “to judge whether the weight is high or low in the limited conditions”, so the name might be interpreted as a “thoughtful sixth guy”.

Shurinosuke 修理亮 was found in the archives about the military parade held in the east of Kyoto Imperial palace by Nobunaga in 1581 [1]. The historical document of the same period called Tokitsugu-Kyoki 言継卿記 cited his name as Shibata Shurinosuke 柴田 修理亮.
Then Katsuie got married Lady Oichi お市の方, the younger sister of his lord Nobunaga, made the tie strong with Oda family and felt more familiarity to the title which Nobunaga gave. When he committed suicide by harakiri, He announced “Watch closely how Shuri does harakiri in order to learn the way for future uses [3]”.