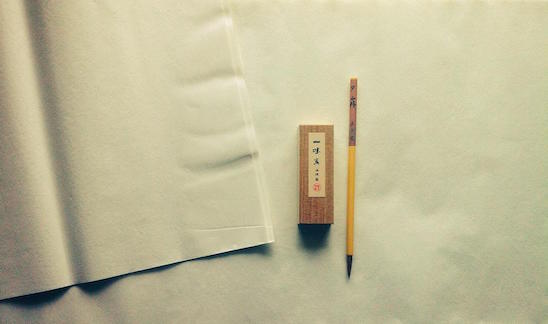 To report a present situation, give orders to troops, authorize a territory to his retainer, etc, Samurai wrote many Shojyō, thus establishing its form.

Suzuri 硯
An inkstone for the grinding and containment of ink.

Sumi 墨
An ink-stick. Made mainly of soot and glue, sometimes with incense added.

Fude 筆
An ink-brush. The bristles are made from the hair of animals – goats, sheep and horses were frequently used to make Fude. The brush handle was often made from wood or bamboo.

Washi 和紙
A paper commonly made using fibers from the bark of the mitsumata 三又 shrub. The word “washi” comes from WA meaning “Japanese” and SHI meaning “paper.” The term is used to describe paper made by hand in the traditional manner.

Originally Shojyō were formally sent with the main paper called Honshi 本紙 and a white paper called Raishi 礼紙. In the Kamakura period samurai started to use only Honshi in order to economize Raishi. Honshi was a horizontal paper, externally folded along the centerline (the mountain fold), and written on the upper half. When the text was too long, the paper would be rotated 180 degrees and the writing continued on the lower half. This way of writing is called Origami 折紙. The style of writing without a fold is called Tategami 竪紙 [1]. The right side of Honshi is called Sode 袖, the left Oku 奥. 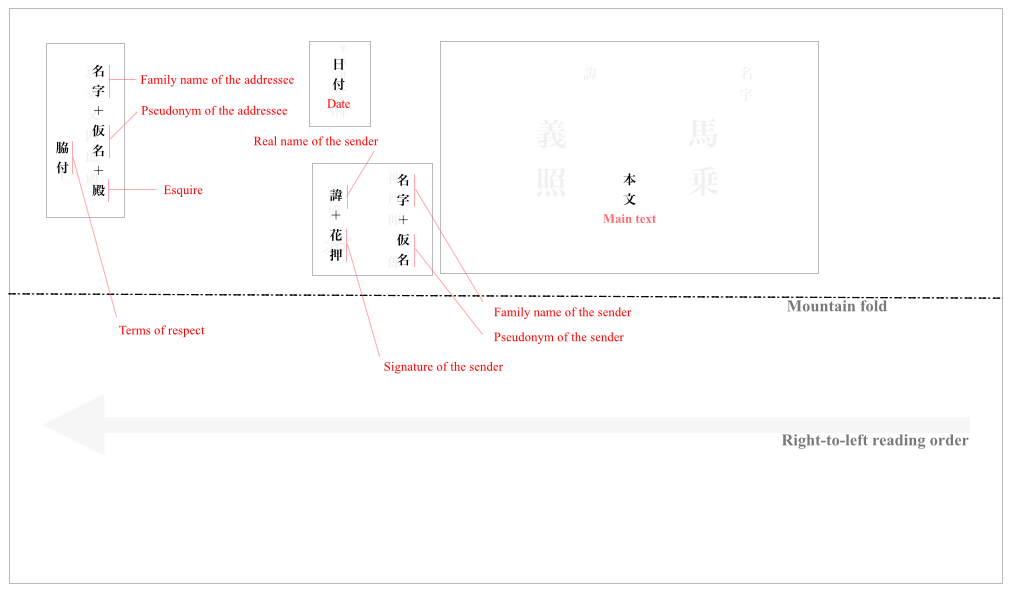 When you write a formal Shojyō, you need not only your family name and true name, but also a pseudonym. 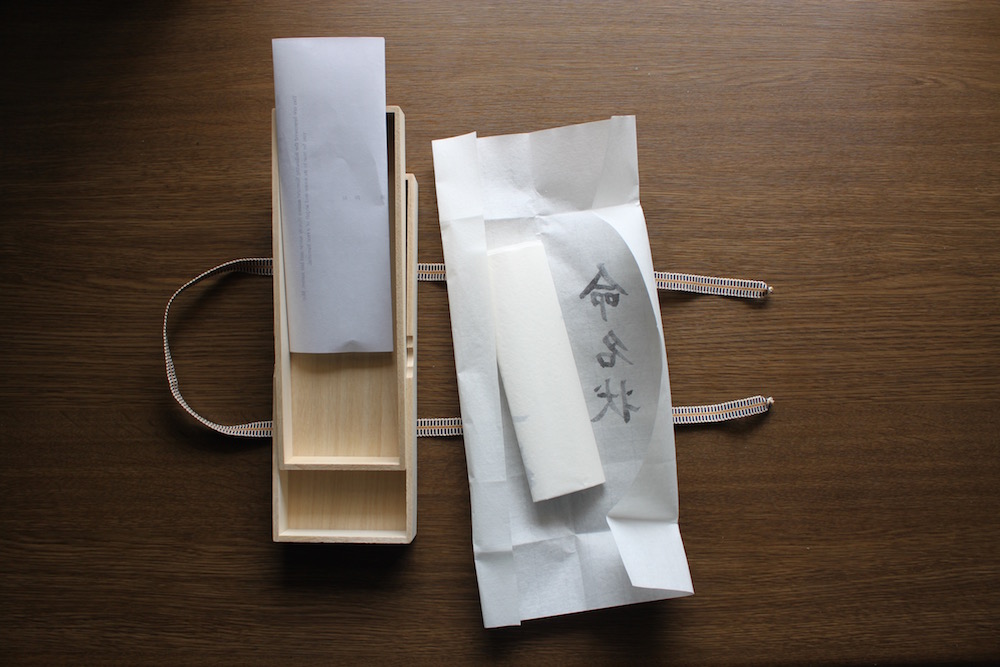 When crafting your own Shojyō, once you’ve finished writing, check that the ink has dried, fold along the centerline and pack it into shape. Wrap it with a vertical paper called Fushi 封紙 and send.

When you send Shojyō to a person whom you respect, put the Shojyō in a box, tie it with a tape (something like Sanadahimo 真田紐) and give an order to the retainer with the Shojyō.

| How to write names

The Samurai Name Certificate is very rare to find in the present era because of its secret nature.

The Shojō style name certificate (learn more *Japanese) is the one that Honganji Rennyo 本願寺 蓮如 made to give and send names to his son. This certificate was apparently made to signify that his son was to now be recognized as an adult.

From left to right, the certificate reads as such:

The Samurai Name Certificate issued by “Be a Samurai” is an accurate recreation that adheres to the accredited name certificate according to the information above.