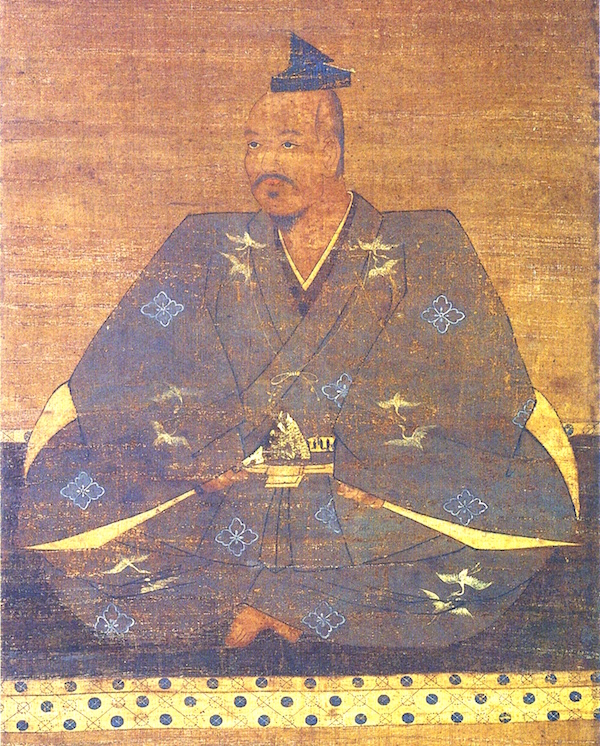 Takeda Shingen 武田 信玄 was one of the most powerful samurai of the Sengoku period who fought with Oda Nobunaga 織田 信長 and Tokugawa Ieyasu 徳川家康. While chiefly remembered for his prowess on the battlefield, Shingen is also regarded as an extremely skillful administrator who fostered the growth of local industries and trade; his rule saw a marked rise in the standard of living of Kai Province.

Shingen is famed for his honorable conduct, his military expertise, a long-standing rivalry with Uesugi Kenshin 上杉 謙信. The five times battles with Kenshin called Kawanakajima-no-tatakai 川中島の戦い are very famous among the samurai history.

The transition of his famous names are as follows.

On December 1, 1521, he was born as a first boy of Takeda Nobutora 武田 信虎, named Taro 太郎, meaning “the first guy”. A kanji 太 originally means “thick”, and it is used for the name of the Samurai heir. Another kanji bestowed upon the name of the first boy are like 元 meaning  “primary”, 啓 meaning “start” and 基 meaning “basic”.

The Takeda family 武田氏 , based on the Kai Province, is one of the famous members of the Minamoto clan active from the late Heian Period.

Taro had a coming-of-age ceremony Genpuku 元服 when he was 16 in 1536, and called himself Takeda Sakyonodaibu Harunobu 武田 左京大夫 晴信.
晴 was granted the use of a character from the real name of shogun, Ashikaga Yoshiharu 足利 義晴 for a part of his name. This custom was called Henki 偏諱, a portion of the name of a Samurai in high rank, which is given to a retainer to show the subordination. Nobu 信 of Harunobu is Tsūji (通字) of the Takeda family.

Harunobu finally succeeded at the age of 21, successfully taking control of the family. He banished his father from his land and named Daizendaifu 大膳大夫 as his pseudonym to manifest the suzerainty of Takeda family instead of his father. He also called himself Minamoto Harunobu 源 晴信 to print the impression that he has a gentle blood of the Minamoto clan, the rightful ruler among near Samurai warriors.

The name Minamoto Harunobu was found in an optative sentence to Togakushi shrine 戸隠神社 in 1558 to pray for the victory against Kenshin.

Shingen was named by Gisyu Genpaku 岐秀 元伯, a high buddhism priest in 1559. Gen 玄 of Shingen comes from a name character of Kanzan Egen 関山 慧玄 who was a famous Japanese Rinzai Zen Buddhist monk and a founder of Myōshin-ji Temple.

According to Kōyō Gunkan 甲陽軍鑑, one reason that Shingen became a priest was that he intended to acquire the position of Daisojo 大僧正, a Buddhist priest of the highest order in Tendai sect and to warn other Daimyo like Oda Nobunaga 織田 信長 or disperse their military forces by inciting religious forces or riots by becoming a member or partner of religious forces after he became a priest.

An optative sentence that was dedicated to Matsubara Shrine in Shinano Province was the first historical material that contained the name of “Shingen.”