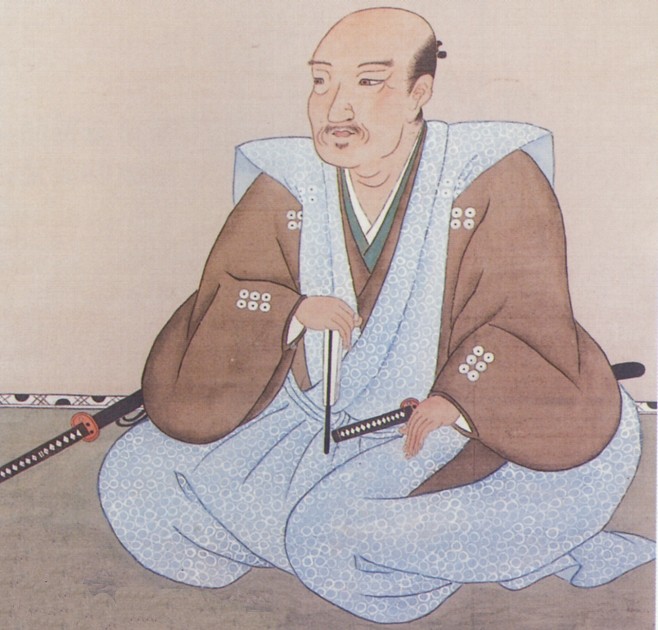 Samurai traditionally have several names. (learn more) They change their name to fit different situations and life stages.This was normal within the Samurai rank.

Sanada Yukimura 真田 幸村 was called “A Hero who may appear once in a hundred years,” “Crimson Demon of War” and “The Last Sengoku Hero.” One of the powerful general, Shimazu Tadatsune 島津 忠恒, called him the “Number one warrior in Japan.” He was especially known as the leading general on the defending side of the Siege of Osaka. The transition of his names are as follows.

He was born in 1567 as a son of Sanada Masayuki 真田 昌幸.  “Maru 丸” used in his childhood name was popular among samurai boys. Benmaru [1] was named as a reasonable samurai like Takeda Nobushige 武田 信繁. The hope of his father appealed in giving him his Imina.

Masayuki gave to Yukimura the true name Nobushige 信繁, which shares the good luck of Takeda Nobushige 武田 信繁. Takeda Nobushige was a younger brother of Takeda Shingen 武田 信玄, had a very strong tie with each other, and eventually lost his life to save Shingen in the Battles of Kawanakajima 川中島の戦い. Masayuki respected and was impressed by the way of Takeda Nobushige, and hoped his sons to be like the brothers.

His pseudonym Genjirō 源次郎 has several theories. The pseudonym of his elder brother Sanada Nobuyuki 真田 信之 is Genzaburō 源三郎, meaning “the third guy.” It shows that Yukimura was born earlier but the rank of his mother was low, so was treated not as the heir of the Sanada family. Another theory suggests that the first boy of the Sanada family often died young, so avoided to use Tarō 太郎, meaning the first guy.

Although he is widely known as Sanada Yukimura due to the influence of novels and storytellings, there are no historical materials from the years when he was alive, including letters written by himself, in which the name Yukimura is used. Yukimura’ first appeared in a war chronicle “Nanba senki 難波戦記,” which was established in 1672 during the Edo period. “Yuki 幸” of Yukimura is Tsūji 通字 of the Sanada family, which means the inherited kanji character of a samurai family. One theory is that the name Yukimura is a portmanteau of Masayuki and Date Tsunamura 伊達 綱村.